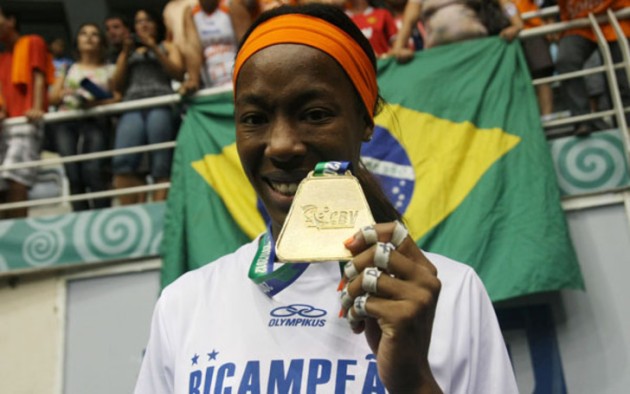 QUICK SET 1 – FIVE MORE CLUB TITLES FOR AMERICANS: Members of the U.S. Women’s National Volleyball Team pulled in lots of gold over the weekend in closing out their respective club volleyball seasons. Five different foreign leagues completed playoffs this past weekend, and at least one American was on each of those five winning teams. Destinee Hooker (San Antonio, Texas) led her Sollys/Nestle squad to the Brazil Superliga championship title with a three-set victory over Unilever on April 14.

QUICK SET 2 – GOLDEN OVERSEAS: Aside from the five club titles won by U.S. Women’s National Volleyball Team members mentioned above, the U.S. has had players capture several other league titles this club season.

It is expected that nearly all members of the U.S. Women’s National Volleyball Team will arrive back by May 1 for the beginning of the summer training block in preparation for the Olympic Games. The U.S. Women, currently ranked No. 1 in the current FIVB world ranking and already qualified for the 2012 Olympic Games, opens their season at the FIVB World Grand Prix held June 8 to July 1 in various countries.

Prior to the 2012 Olympic Games, the U.S. Women will compete in the 11th Annual Pan American Cup scheduled for July 11-21 in Mexico. The Olympic Games will take place July 27 to Aug. 12.