Miljkovic – It is over! The Olympic winner, the double European champion and the vice-champion of the world, since February indicated the end of the national career in the conversation with the head coach Kolakovic. 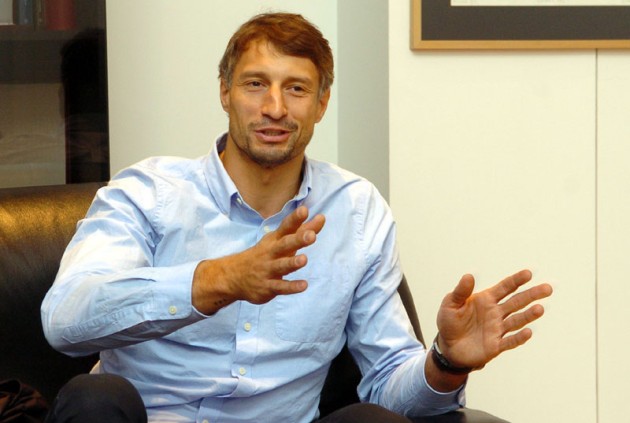 – Nobody has persuaded me and honestly I did not expect that. I think that I was explicit enough and that we know each other very well after 14 years of cooperation. Simply, sooner or later that had to happen. As in other situations, I wanted to be responsible for the course of my life.

Still, maybe the decision was a little surprising, since this is the year of the Olympic Games in London?

– After three Olympic Games, one of which we won, one competition more or less will not change anything in my life. It will change the life of some other players or some other people, but it will not change my life. Moreover, to say that you cannot do better in your 33rd year of life is not right. You can always do better! Just as I said, some other things are now more important to me than the national career.

You left the national team as the captain of the golden generation?

– I think that in last years, especially in the previous one when I was the captain, I tried to teach the other players the method of playing and the commitment to the team. Whether they will mange to succeed that depends only on them. My aim was not to impose or order something, but to indicate to the successful way of leading the team.

In fact, are you satisfied with your national career?

–  I am, especially for all the things I have done. I am much happier for the fact that by closing one door, I will open another one and I will get the opportunity to challenge myself in some different role.

Although you are still the active player of the club, do you see yourself in volleyball after the ending of your career?

– Honestly, I think that I have done a lot for volleyball and that the results confirm that I know many things about this sport. Now, some issues that are not related to volleyball are more important to me and I will try to be successful in that aspect as I am in volleyball. My wish is to pass the knowledge to the younger generations. Whether I will have time for that we will see, that is not my priority now. Also I do not think about  the position of a coach or a team manager.

How will develop your club career?

– I hope that I will play on the high level at least for two years, as I have played up to now. What will be later, we will see. With how much will and determination I do the training and play the games I show every day in the club. Really, it is not about the economic motive, but about that will. As for the money, my price is determined by the market.

Would you like to stay in Turkey, or would you return to Italy, or go to some other country?

– Wheter I will stay in Fenerbahce or play in some other club in Turkey, or go to some other country, I do not know now. I still negotiate with all those who are concerned about that. The market will determine my price, my leaving or staying in Turkey. On the other side, some personal affinities will affect my choice.

Fenerbahce will hardly win the trophy? What will Fenerbahce do to the end of the season?

– We will not do a lot until the end of the season, if some of the valuable players do not recover. Now we are playing with the fourth captain and it seems that we will play with him in the final phase of the Cup and the Cahmpionship. In that case it will be difficult for us to win a trophy.

Do you leave the national team calmly and with a full heart?

– First of all I do not want to leave the possibility to the new appearance in the national team. That chapter I want to close in the best way. I would like to thank all of them who have supported me all these years.

Igor Kolakovic, was in fact the first to hear the news that Ivan Miljkovic will not participate in the Olympic Games and that he will end the national career.

– Ivan announced to me his decision in February. All of us wanted that he continue to lead the boys the way he did before. However, that was his decision. Ivan had an honest and just attitude towards the national team for many years and I have to accept and respect his decision.

Did you try to speak about that topic with ivan?

– No, his attitude was determinant and I would not like that anyone affects him in that sense, so I accepted that the way it is.

Awards of Ivan Miljkovic in the national team

He won Also a European Championship in 2001 😉

“I believe that Iran could achieve something...