FIVB Volleyball World Grand Prix defending champions USA have named a strong preliminary squad for the 2012 tournament, while two-time European champion Katarzyna Skowronska could return to the Polish team for the first time since the 2010 edition after the rosters were unveiled on Monday. 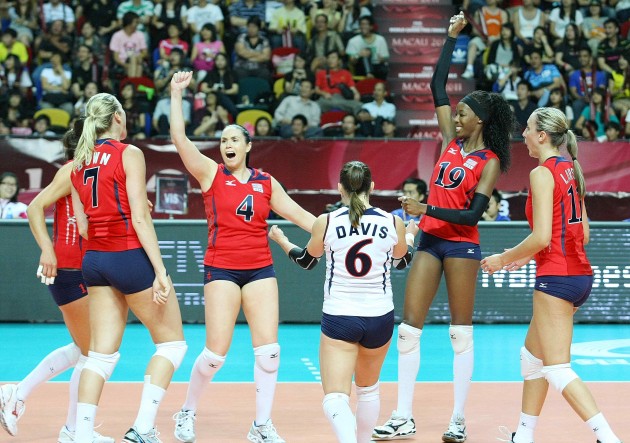 The list of 25 players will be cut again closer to the start of the World Grand Prix, which will run from June 8 to July 1, but early indications show that many will be using the world’s premier annual women’s volleyball tournament as preparation for the London 2012 Olympic Games in July and August.

Destinee Hooker, MVP at the World Grand Prix finals last year, has been named in the United States squad alongside familiar faces Foluke Akinradewo, Jordan Larson, Heather Bown and Lindsey Berg. Stacy Sykora is also included and will be hoping to step out for USA for the first time since suffering from serious injuries after an accident while travelling with Brazilian club Volei Futuro last April.

Polish opposite Skowronska is a surprise inclusion for Alojzy Swiderek’s side. The 28-year-old last played for the team during their 2010 campaign where they finished sixth but since then has been left out of the side so will be hoping to make her mark leading up to the tournament.

Elsewhere, Brazil have included Thaisa Menezes, Jaqueline Carvalho, and Mari Steinbrecher, all of whom played in the Superliga final two weekends ago, in their preliminary roster, while Germany include the trio of Christiane Fürst, Margareta Kozuch and Angelina Grün in their initial squad.

Fifteen of the 16 berths have been filled for the competition so far. The remaining spot will be decided in Oran, Algeria on April 27 and 28 when the hosts clash with Chinese Taipei in the Playoff.

Now in its 20th year, the World Grand Prix will have the same format as 2011 with a total of 16 teams battling it out across three weeks of pool-play in 10 countries from June 8 to 24 ahead of the Finals, set to take place in Ningbo, China from June 27 to July 1.