A new generation of Cuban players will try to make history under the direction of Juan Carlos Gala, whose main goal is to qualify to the Olympic Games of London 2012. 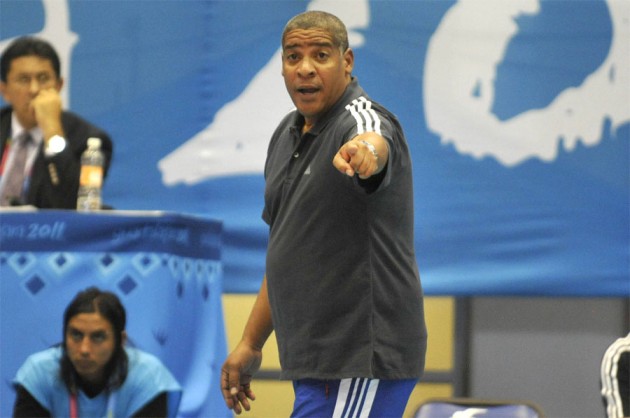 So the Cuban National team held an altitude training camp in Peru, and also participated at the Latin Cup Tournament claiming the gold medal.

According to Gala, the Caribbean team hopes to continue with the same hard fight spirit at the NORCECA Women’s Olympic Qualifying Tournament, scheduled from April 27th thru May 6th at the Baja California High Performance Center.

“We have a sacred objective, to fight for the victory at the Olympic Qualifier. It is a very difficult goal, but that is the reason we give our soul, heart and life every training day”, the Cuban head coach said.

“I am very happy with the girls, because they are responding at the practices and we want to have a good performance in Tijuana, but the supreme thing is winning to achieve the most important objective this year: to qualify to London.”

Before taking charge of the Cuban Women’s team, Gala was the head coach of the Men’s Junior Team that won the silver medal at the 2009 FIVB World Championship played in India.

Two years before in 2007, finished eighth in Morocco, while in NORCECA won two tournaments and a bronze medal in the Pan American Cup.

For the 2012 Olympic cycle Gala has a great responsibility that has been taken before by coaches like legendary Eugenio George Lafita and Antonio Perdomo, who guided Cuba in Beijing 2008, assisted by George.

The team coached by Gala has earned many achievements such as two Championships at the Americas Bolivarian Alternative Games (Juegos del Alba) as well as a bronze and a silver medal in 2010 and 2010 at the Volley Masters in Montreux, Switzerland.

He also took back Cuban women to the 2011 and 2012 FIVB Grand Prix, after two years of absence. Under Gala, the Cuban Women’s National team was one of the main contenders of the XVI Pan American Games of Guadalajara 2011, finishing with a silver medal after an amazing final match against Brazil.

FIVB brings back ‘Match of the Week’...