The Canadian Women's National Team arrived in Winnipeg on Monday to begin training for the most important tournament in four years, the NORCECA Olympic Qualification Tournament. 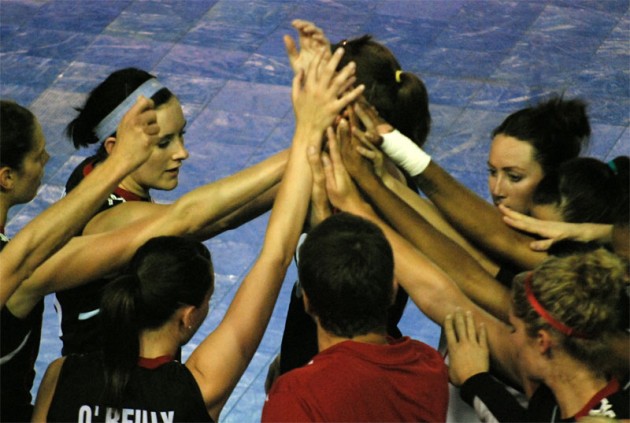 The tournament takes place in Tijuana, Mexico from April 29-May 5th.

Canada, currently ranked #22 in the world, finds themselves in a pool with Dominican Republic (world #9), Puerto Rico (world #19) and Honduras (world #69).

They will play a round robin against those teams before crossing over with the second pool which has Cuba (world #10), Mexico (world #27), Costa Rica (world #28), and Trinidad & Tobago (world #34).

Team Canada will travel with a roster of 12 athletes. The following athletes are currently vying for a spot on this roster, which will be determined by Monday, April 23.

LIVE from Rotterdam: Guidetti – „The way...