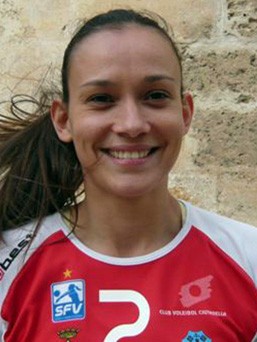 Helia, the receiver of Valeriano Alles Menorca scored 17 points in the first game, becoming the third best attacker and the third top scorer of the game. In addition, with 86% in reception, she took the third place in the classification of receivers. She also scored 2 aces in service. In the second game she scored 11 points and had 71% efficiency in reception. Thanks to this excellent performance Gonzalez was elected the MVP of the first round of the semifinal.

The top scorer and best spiker of the semifinal is Regla Bell, the player of Nuchar Eurochamp Murillo, who scored 21 points in the first game of the series. Her teammate, Mar Arranz, was the best in service with 3 aces in the first semifinal game, while Elena Esteban was the best libero in the second game.

The best performance in block showed Ana Correa of Valeriano Alles Menorca and Anicia Woods of Haro Rioja Volley, both with 7 points from block. The volleyball player of Haro Rioja, Noelia Sanchez, was the best receiver with 89% efficiency in the second game.