Filipe was elected the best player of the final match of the Brazilian championship, in which Sada Cruzeiro defeated Volei Futuro 3:1. He is the first in attack and service and the second in defense. 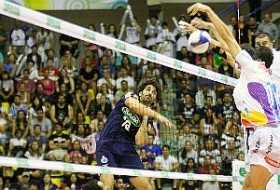 Mauricio Borges, of Sada Cruzeiro, also had an outstanding performance and was elected the best scorer with 20 points. Serginho was the most efficient player in defense, while William Arjona was the best libero. The center Vini, of Volei Futuro, was added to the list as the best player in defense.

Best player: Filipe (Sada Cruzeiro) – the first in service and reception and the second in defense