Philippe Blain will lead the Blue team for the last season. The World Cup and the qualifying tournament for the Olympic Games in June are the last competitions of the former player and the coach of Cuneo. 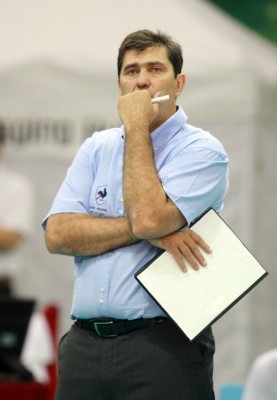 After 12 years, Philippe announced last Thursday that he will not lead the national team in the future. It has been already known that Laurent Tillie and Eric N’Gapeth could be his replacements in September.

“Being the coach of the national team of France gave me much satisfaction. I had beautiful experiences and good results with the team, despite strong competition. However, the title lacks.”