FIVB President Jizhong Wei arrived in Mexico on Friday to attend the NORCECA Women’s Olympic Qualification Tournament to be played in Tijuana from April 29 to May 5. 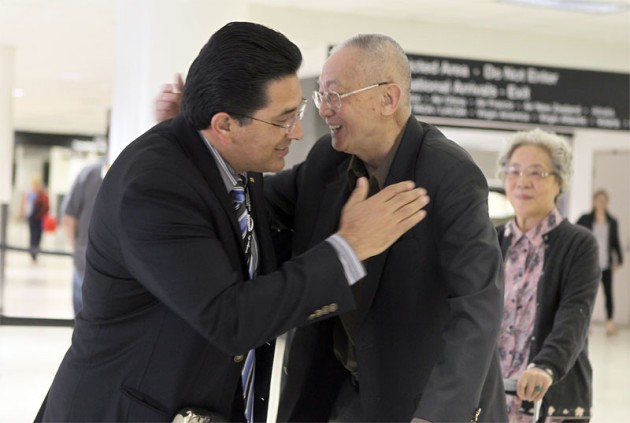 Wei arrived to Los Angeles International Airport, where he was received by the president of the Organizing Committee Saul Castro Verdugo as well as by FIVB First Executive Vice President, and NORCECA President Cristobal Marte Hoffiz.

The tournament will grant to the champion team one ticket to the 2012 London Olympic Games while the FIVB best ranked team not qualified, will have the chance to participate in a World Olympic Qualifier in Japan on May.

Wei will visit the facilities of the High Performance Center in Tijuana before the start of the tournament matches on Sunday.

On Monday morning, the FIVB President is invited to attend a press conference with the media covering the competition.

Under the leadership of Castro Verdugo, the cities of Tijuana and Mexicali in the State of Baja California have hosted three FIVB World Youth and Junior Championship in 2007 and 2009 and are the official host cities for the 2013 FIVB Boys Youth World Championship.

NORCECA W: Cuba and Dominican Republic are the early favorites in NORCECA Qualifier