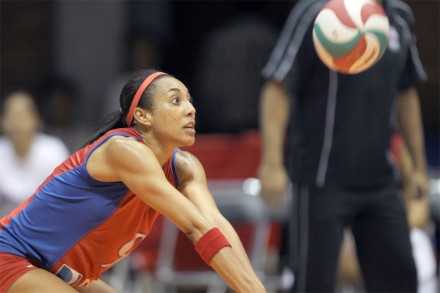 In the exciting battle, both teams scored via 17 blocks but Puerto Rico held a huge margin in attacks 71-54.

Aury Cruz led the winners with a tournament-high 30 points while four other Puerto Ricans finished with double figures. Alexandra Oquendo contributed 17, including five blocks, Vanessa Velez and Lynda Morales each registered 14 tallies and Sheila Ocasio chipped in with five blocks among her 12 points.

Josefina Fernandez and Emilce Sosa finished with 17 and 16 points, respectively, as the top offensive players of Argentina. Florencia Busquets added 12, including five blocks, and Elina Rodriguez had 11 in the losing effort.

To read more about this competition, to see stats, video and photos click on Pan American Cup 2014 W.