Trinidad & Tobago collected its first victory of the 2012 NORCECA Men’s Continental Olympic Qualification Tournament Wednesday with a 25-18, 25-23, 25-19 victory over Costa Rica at the Walter Pyramid in Long Beach, Calif. 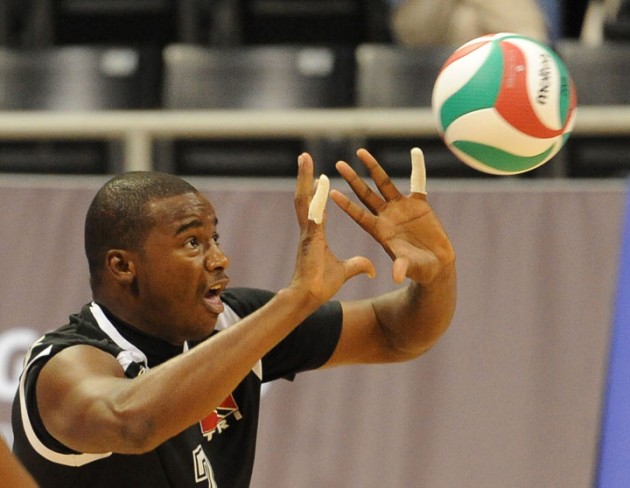 With the victory, Trinidad & Tobago advances to the quarterfinal round on Thursday after finishing Pool A with a 1-2 record.

Costa Rica finished Pool A with a 0-3 record and will face an undetermined opponent on Friday during the Classification 5-8 round.

“Today was a better day for us on the court,” Trinidad & Tobago captain Nolan Tash.

“We are grateful for the victory. Costa Rica kept us honest and kept the competitive level up. The last time we played them, we won. We didn’t want that to change.”

“I just want to say it was a tough game for us against Costa Rica,” Trinidad & Tobago Coach Gideon Dickson said.

“If you look at these scores, you will see that although we won the game, Costa Rica increased in terms of points as compared to last time we played. They are improving and we are also improving.”

“We lacked a lot in our concentration,” Costa Rica captain Pablo Zumbado.

“We were hoping to play better. We lacked the rhythm and pace we were looking for. The block is big part of the game that did not go as well as we planned.”

“One area we are trying to improve is the serve receive,” Costa Rica Coach Cesar Salas said. “We don’t get to face serving as strong in our zone. I think since the last NORCECA we are improving. We’re going to keep working hard. These tournaments are few and far between, but they are great opportunities to improve. We’re going to keep learning and improving.”

POL W: A movie inspired by the late Agata Mroz-Olszewska