“Last year Japan was hit by a terrible earthquake in the East, and during those two months we were outside Japan. We’re happy now to have international games in Hamamatsu and are excited to play our best in this competition,” Japan coach Tatsuya Ueta said. 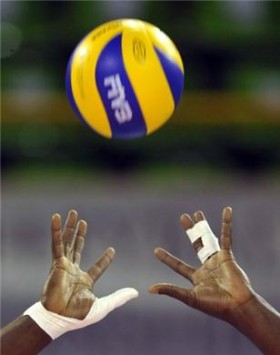 On facing Cuba: “Since I was a player, I don’t think we have beaten the Cuban team. So of course, it will be difficult.”

On Serbia: “As you know our team played Serbia in World Cup play, and we respect them as we face them in this tournament. We’re always honoured to face them.”

Meanwhile, Cuba coach Orlando Samuels was hoping his new look Cuba side will use the World League to prepare well for the World Olympic Qualification Tournament next month. “The Cuba team is very happy to come here to Hamamatsu, and we are very excited to take part in these international games”, he said. “Our goal is to get better with each game and to play to win, but I also hope our players gain some good experience in order to qualify for the Olympic Games this year.”

In the other match in Hamamatsu features a superb showdown between the defending champions Russia and Serbia, who have medalled in three out of the last four editions.

Russia come into the tournament off the back of a sensational 2011 which saw them clinch their second World League title as well as a fifth World Cup in Japan.

Having guaranteed their place in London this summer, Russia will be hoping to gain momentum by successfully defending their title to become the first Russian team to win back-to-back crowns.

Serbia may not have been able to follow up on their bronze medal performance at the 2010 World League and World Championships in 2011 but they did seal the European Championships, proving that on their day, they are serious contenders.

Igor Kolakovic’s team came home eighth at the World Cup, suffering a surprise loss to Iran in the opening round, and will want to bounce back this year.

“Our team is very happy to be in Hamamatsu because we remember six months before what a good experience it was to win the World Cup here”, Russia coach Sergio Busato. “Now Russia start this, a very strong tournament, with very good teams, in Serbia, Cuba, and Japan — all very strong. I want to extend my warm emotions for all the people here in Hamamatsu.”

On Serbia: “Russia has big respect for Serbia. Russia and Serbia played in the European championships and had very strong matches, finishing one situation that was very difficult for the referee… Russia lost that match but in our hearts we want revenge against Serbia. The head coach is in Russia, staying as the doctor said it was not possible to fly. For tomorrow’s match Serbia has much respect from Russia. Every Serbia-Russia match is a very hard match.”

Serbia coach Igor Kolakovic: “Serbia is in a very strong pool and its very important for us. Now we’re thinking about the more important tournament after this in Tokyo. I hope these games will be good preparation for that tournament.”

GRE: European League seen as precious opportunity to prepare for next qualifiers