Similarly to the scenario that was just announced for the men’s competition, the next edition of the CEV Volleyball Champions League – Women will mark another real milestone in the history of the sport as 24 teams will be joining the most elitist among the European Cups for the 2013 season. 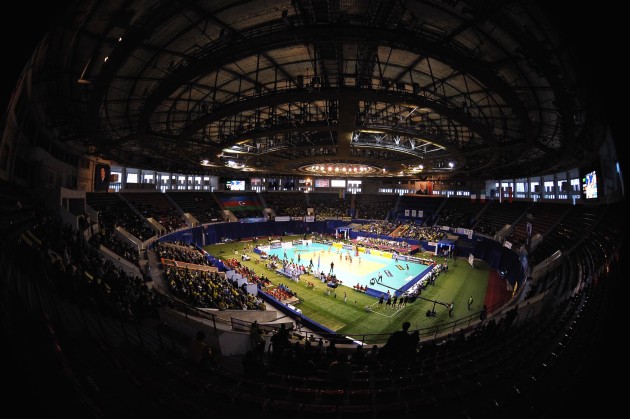 “This shows once again the unique appeal of this competition” says CEV President André Meyer. “After extending the starting field to 28 men’s teams, we can be proud that 24 sides, a real record, were retained for the women’s competition that will be starting later this fall”.

The participating teams will be assigned to the preliminary groups of the League Round this coming June 29 at the Drawing of Lots held concurrently with the European Volleyball Gala jointly organized by the CEV and the Austrian Volleyball Federation (OeVV) in Vienna.

As per the latest European Ranking List – which takes into consideration the results of the last three European Cups season preceding the one that was just completed this past April – and the files submitted by the various National Federations, the following clubs were retained for the 2013 CEV Volleyball Champions League – Women:

Additionally, wild-cards were assigned by the CEV to the following clubs:

With some decorated and distinguished clubs – like for instance Uralochka – coming back to the very special stage provided by the CEV Volleyball Champions League, some other will be debuting in the competition, with the winner and runner-up of the 2012 CEV Volleyball Cup, Italy’s Yamamay BUSTO ARSIZIO and Galatasaray ISTANBUL of Turkey, moving up to the continental elite. They are joined there by Lokomotiv BAKU, i.e. the team that won this year’s CEV Volleyball Challenge Cup, thereby testifying the absolute value of those Cups that are far away from being considered “minor” but actually serving as the ultimate stage where up-and-coming clubs can get ready for making it to the top.