AUT M: Posojilnica wants to cause sensation in CL

Austria’s Posojilnica AICH/DOB is just about to start their second campaign in the CEV DenizBank Volleyball Champions League. 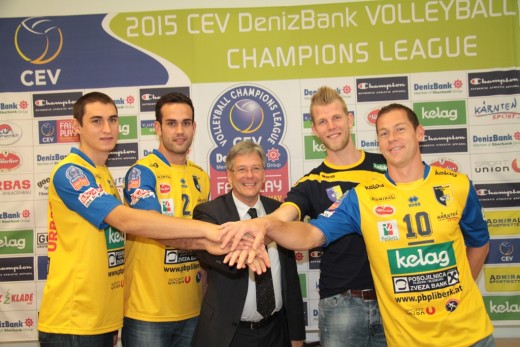 After last year’s premiere, the team is returning to compete in Europe’s elite league and a press conference was organized at the premises of their main sponsor – Zveza Bank – in Klagenfurt to discuss feelings and expectations.

Posojilnica AICH/DOB will once again play Russia’s giant Zenit KAZAN as they did also last year. The team from the capital of Tatarstan is not only one of the clear-cut favourites for the final crown but also a side that the local fans know very well from last year’s matches.

The other opponents of Posojilnica in the League Round are Greece’s champions Olympiacos PIRAEUS and Germany’s VfB FRIEDRICHSHAFEN.

“After a one-year break I am back here to get back our title in the national league and to upset our opponents by causing a sensation in the prelims of the CEV DenizBank Volleyball Champions League. The preparation stage has been marked by some top performances, so I am confident that the team has what it takes to achieve the high goals we have set for this season.”