Eight teams are set to line up for the FIVB Men’s World Olympic Qualification tournament in Tokyo as they battle for two spots in the men´s volleyball competition of the London 2012 Olympic Games. 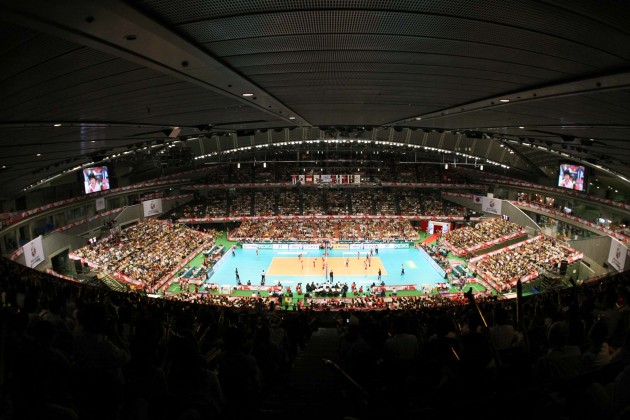 The FIVB World Olympic Qualification Tournament, which doubles as the Asian Olympic Continental Qualifier is taking place at the Tokyo Metropolitan Gymnasium and welcomes teams from Japan, China, Australia, Iran, Venezuela, Puerto Rico, Serbia and Korea in a round robin event that runs from June 1 to 10, including three rest days.

The eventual champions and best ranked Asian side, independently of which countries finish in the podium positions, will be granted the ticket to the upcoming Summer Games in the Great British capital.

The first competition day on Friday features Puerto Rico against Venezuela at 11:00 (local time) followed by the match Iran’s clash with Australia at 13:30. Serbia then meet China at 16:00 and Korea challenges hosts Japan at 19:05.

World No.15 Japan is seeking a place in the limelight to rekindle the glory days of the seventies when Japan joined the world elite at the beginning of the decade, winning bronze twice at the World Championships in Bulgaria 1970 and Mexico 1974. The then mighty Japan also played a leading role at Olympic tournaments, reaching the podium three times in a row, winning the bronze medal at the 1964 Olympics in Tokyo, the silver four years later in Mexico and finally triumphing in Munich 1972. The 1984 World Championship in Argentina also saw Japan finish in fourth.

Serbia, bronze medallist at the Atlanta Olympic Games in 1996 and gold medallists four years later in Sydney is one of the most successful teams from Europe in the last few decades. The bronze medallists from the 2010 World Championships in Italy will now try to reclaim their place at the top table of volleyball once again.

China, world No.10, twice took part in the Olympics, finishing eighth at the 1984 Olympic Games in Los Angeles and fifth in front of their home fans in 2008 in Beijing. They earned a bronze medal in the Asian Cup followed by a silver medal at the 2010 edition in Umia, India.

Current Asian champions Iran, ranked 12th in the world are battling for their first opportunity to make the Olympics. Iran claimed silver in the Asian games in 1958 but then had to wait almost fifty years for another podium finish. Recently they showed that they are top international team by winning gold at the 2008 and 2010 Asian Cup and crowned their position in Asia by winning the Asian Men´s Championship over China in 2011.

World No.16 Venezuela and world No.17 Puerto Rico have both never reached the Olympic Games so will be hoping to remedy that in Japan. The biggest success for Venezuela came in 2003, when the team won the Pan American Games. Puerto Rico, on the other hand, won bronze at the NORCECA Volleyball Championship in 2007 after defeating Cuba in the semifinals. With that performance Puerto Rico qualified for the FIVB World Cup for the first time. Recently Puerto Rico won gold at the Central American and Carribbian Games in 2010.

Korea will again aim to gain a ticket to the Olympic Games after missing out in both 2004 and 2008. Their best finish came at the 1984 Games where they finished fifth. The country has also won the Asian Championship in Seoul in 1989 and managed to repeat that feat in 1993, 2001 and 2003, adding bronze in 2011. They also won gold at the 2006 Asian Games and silver at the Asian Cup in 2008 in Nakhon Ratchasima, Thailand.

Australia have been to the Olympic twice, finishing eighth in front of their home fans in Sydney in 2000 and then 12th four years later in Athens. 2007 was a golden year for Australia in the Asian Championship as they beat Japan to top spot while they most recently finished fourth team at the 2011.

What a cold-blooded look! This happens when...