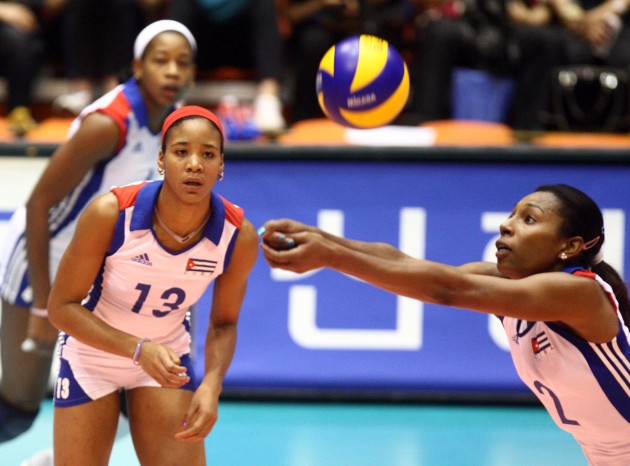 Wilma Salas Rosell took centre stage for Cuba in the opening set, repeatedly getting the better of the Turkish blockers. Cuba used their height advantage and well organized team play to keep Turkey at bay and they soon wrapped up the first set.

Cuba also began the second set on the front foot, with Ana Lidi Cleger Abel and Rosanna Giel Ramos featuring strongly. But, inspired by good ball distribution from setter Naz Aydemir Turkey responded and surged through to level the match.

But that was as good as it got for Turkey who were unable to cope with Cuba’s power in the third set, Cuba using all of the players to good effect. The trend continued into the fourth set and Cuba eventually ran out easy winners.