China lost the first set but came back strongly to defeat Thailand in four sets (18-25, 25,20, 25-18, 25-19) on the final day’s play of the first weekend in Pool A in Macau. It meant China finished the weekend with a 100 per cent record after wins over Argentina and Puerto Rico, while Thailand can be happy with two victories to take with them into Week 2. 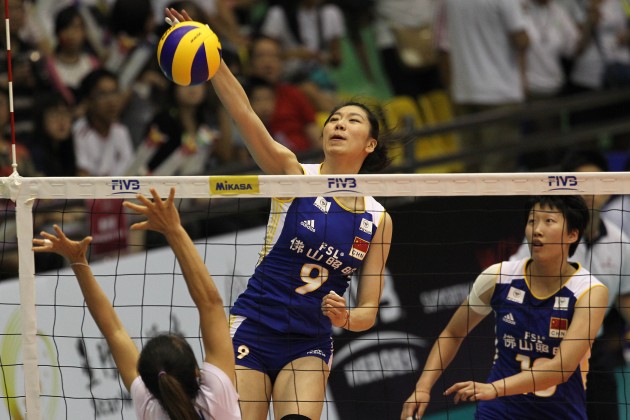 In the battle of undefeated teams, China came out on top to defeat Thailand three sets to one in Macau

Thailand jumped ahead to an early 5-1 lead in set one, forcing an early timeout from China. The Chinese battled back with the help of some strong blocking and eventually drew even with their opponents at 14-14. But from that point the Chinese had difficulty with Thailand’s serve, allowing Thailand to close out the set

Set two had the Chinese jump out to a commanding 18-9 lead, in large part due to their sizeable block. Thailand did not go away as they fought back to come within two points, forcing China to take a timeout of its own. Yunwen Ma of China took matters into her own hands and closed out the set with a block, followed by two service aces.

Set three started with the Chinese powering ahead to a six-point lead at the second technical timeout, but it was Thailand who rallied soon after to come within one point.  Once again it was Yunwen Ma that made a big kill to stem the tide, allowing China to regroup and claim the set.

Set four was a hard-fought affair, with neither team able to take control early on. The Chinese led by only one point at the first technical timeout and by two at the second technical timeout. Ultimately it was China’s overpowering play at the net that sealed the victory.

Ruoqi Hui and Yunwen Ma led the way for China with 12 and eight kills respectively; Ma added four blocks as well to lead her team. Onuma Sittirak led the attack for Thailand with 14 kills.

YEC F: “Thailand is in our dreams”