Pool B of the 2012 FIVB Volleyball World League will reach its climax this weekend in Tampere, Finland with group leaders Brazil and second-placed Poland both eager to secure their place in the Finals. 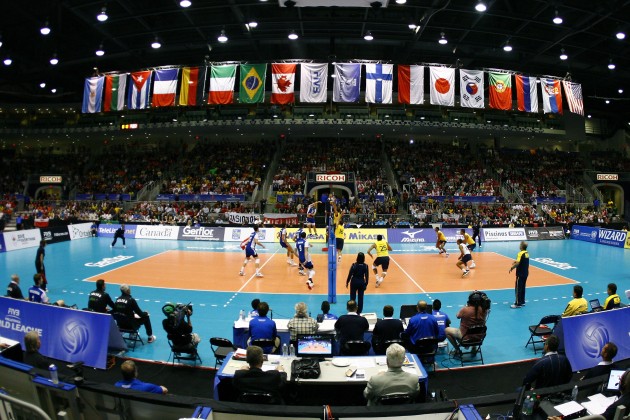 The winner of the pool will join Bulgaria in the Finals, set to take place in Sofia from July 4 to 8, with the runners-up having a nervous wait until the rest of the groups have concluded to see if they are the best second-placed team.

Brazil sealed their first win over Poland in this year’s tournament in Sao Bernardo last weekend and their clash on Sunday will decide which one of the two progress.

Finland and Canada will also be eager to finish their campaigns on a high and avoid the risk of having to go through the World League qualifying matches for next year’s tournament. Finland currently sit on seven points with Canada just behind on six.

Eemi Tervaportti has been left out of the Finnish squad after injuring his neck after colliding with libero Pasi Hyvärinen. He must rest for three weeks and will miss the rest of the World League matches.

Experienced setter Mikko Esko returns to the team however and his brother Antti Esko will be the second setter. 17-year-old Elviss Krastins has also joined u with the team,  replacing Urpo Sivula, who fell ill during the trip to Brazil.