Former world champion and Olympic Games silver medallist Andrea Zorzi said he was pleasantly surprised at the role volleyball plays in Iran after he visited his former mentor and current Iran men’s coach Julio Velasco in a feature for the latest edition of VolleyWorld which went online on Tuesday. 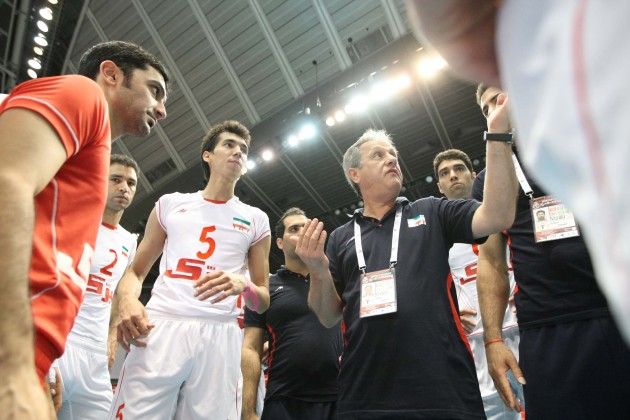 Zorzi, who played under Velasco during the latter’s time as Italy coach from 1989 to 1996, travelled to the Asian country before Christmas 2011 and explained that volleyball has seen a rapid rise.

“The volleyball movement is growing rapidly, although it is in need of further technical and organisational development”, he said. “There are plenty of sponsors all keen to be associated with the sport, and this year for the first time a privately owned team, Kaleh Mazandaran from Amol, finished as champions.”

He also said he was intrigued at Velasco’s popularity in the country, especially since delivering the Asian Championship for the first time last year.

“Velasco is a celebrity in Iran.” He explained. “The gold medal at the 2011 Asian Championships, and victories over Serbia, Poland and Argentina at the 2011 World Cup earned him universal acclaim and affection there. Everywhere he goes people recognise him.”