ECH M: Schedule announced – Derby of Round 1, Bulgaria vs. Germany

The schedule of the 2015 European Championship is revealed. The highlight of the first round will be the clash - Bulgaria versus Germany. 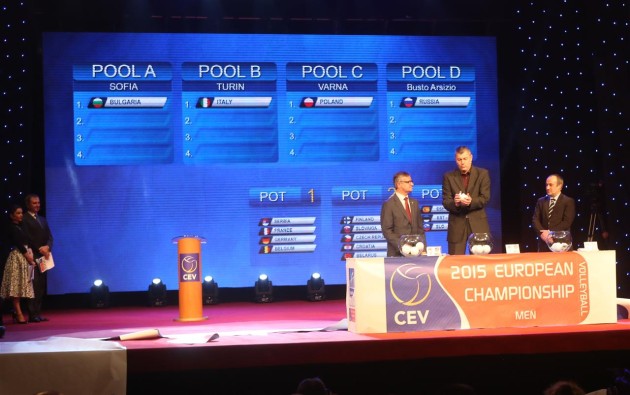 Group phase of the 2015 European Championship, which will be hosted by Bulgaria and Italy, will begin on October 9 and will end on October 11.

The decisive matches will be held a week later.

In total, the 16 teams will join the competition. The gold medalist will be announced after 36 matches played.

There are several other interesting matches in the first round such as Russia vs. Finland.

See the entire schedule on cev.lu.