Brøndby Volleyball Klub ensured Danish championship title after a demonstration of force in the third match of playoff finals against Lyngby Volley. 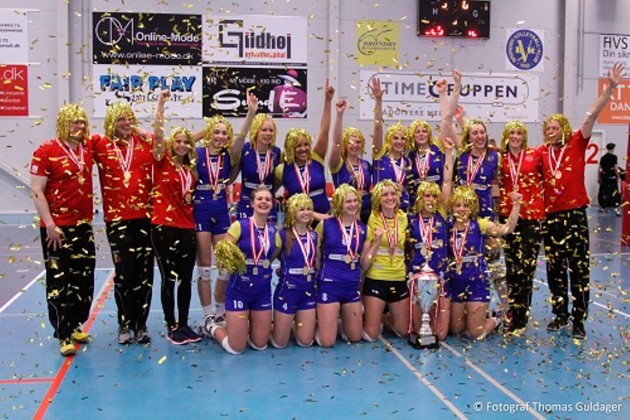 This season, Brøndby won the „double crown“ since it has already embraced the national Cup. The team from Copenhagen defetaed Lyngby in straight sets, with partial 25-13, 25-19, 25-12.

This is the second consecutive title for Brøndby and the third in total (all 3 in this decade). It also has two silver and one bronze medal in the national league.

Top scorer for Brøndby was Sarah Angelos with seven points, while Mirjana Djurić scored the most points for Lyngby – 8.

This defeat of Lyngby was the last game for its coach Michael Jensen. The club announced before the weekend that the American Fred Sturm, who in 2013 led the Danish national team for the 8th Finals of the European Championships on home soil, will take over the helm.

WOW! What a rally in Polish Cup finals (VIDEO)