Turkey will be Europe’s sole representative in the finals of the 2012 FIVB World Grand Prix scheduled for June 27-July 1 in Ningbo being joined there by the hosts of China, the United States, Brazil, Cuba and Thailand, the real sensation of this year’s edition. 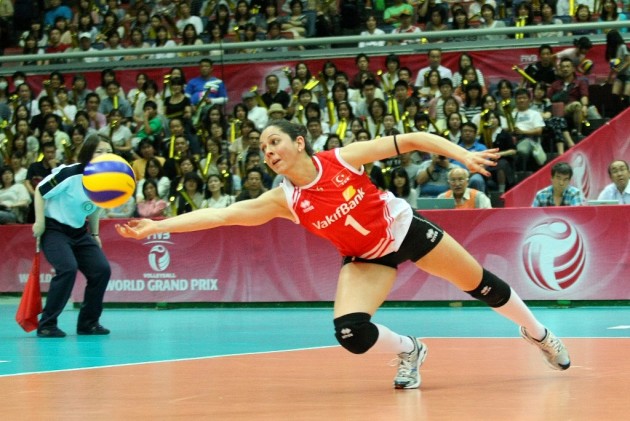 Turkey completed this weekend its run in the prelims by scoring two 3:1 wins against Korea and Japan in Osaka before losing its last match to Germany (1:3) with this result nevertheless not going to influence the final standings. Turkey scored 7 wins and lost only two matches since the start of the World Grand Prix three weeks ago and did qualify for the first time in history for the finals of this competition, thereby prolonging a series of outstanding results that had first culminated this past May as the group had historically booked its ticket to the 2012 Olympics in London.

“We did not play that good today” said Turkey’s star Neslihan Darnel after that loss to Germany in Osaka. “However, since we were already qualified for the finals, we probably were not that focused and anyway our main priority remains to perform well in Ningbo before we embark on our first Olympic campaign in London”.

The United States are the sole team that cruised to the finals with an impeccable record while China suffered this weekend its first defeat losing 2:3 to Brazil in front of their home fans in Luohe. As for the other European teams, Germany, Poland, Italy and Serbia were ranked seventh, eighth, tenth and eleventh respectively with the “Azzurre” – winners of the 2011 FIVB World Cup – that were able to regroup after some disappointing results scoring three wins in Taipei to round out their campaign on a positive note.