Only a few days are left before the final four of the 2012 CEV Volleyball European League – Men coming up this weekend in Ankara where the four participating teams will be also trying to get the right to join the Intercontinental Qualification Round for next year’s FIVB World League. As per the results of the DOL performed this morning, the Netherlands – that came out on top of the standings in Pool B – will play last year’s winners of Slovakia in the semis while Spain will test out the likes of host Turkey in the splendid scenario provided by the majestic “Baskent” sports hall. 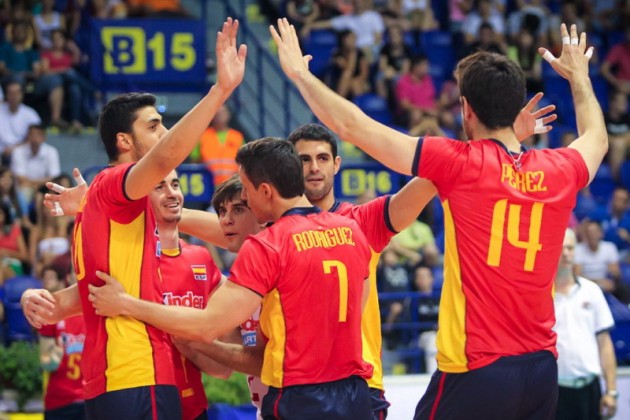 As for the women’s competition, whose final round is set to run through July 5-6 in Karlovy Vary, the hosts of the Czech Republic will be playing the Netherlands in the semis thereby going for a remake of their matches from the prelims where the Czechs scored three wins, always after long matches that ended up in a tie-break, while the “Oranjes” claimed their only positive result by downing the Czechs during the third round of play in Ra’anana, Israel.

As for Serbia, the winners of the last three editions of the European League will be playing in the semis the team coming out on top of the standings in Pool B which is set to be completed this week with a last round of preliminary action in Metz, France. Serbia has completed this past weekend in Piatra Neamt, Romania, its campaign in the League Round with an immaculate record of 12 wins and no losses while the charts of Pool B are topped by Bulgaria, whose march was not less impressive with 9 wins in as many matches so far. The winner and runner-up of the women’s finals in Karlovy Vary will qualify for the 2013 FIVB World Grand Prix, so pretty much will be at stake also there in one of the most popular and charming spa resorts in Europe!

GER: von Moltke quits after 15 years at the helm of German Volleyball family