With Poland having already qualified for the final round slated for early July in Sofia, action continues in the remaining preliminary groups of the 2012 FIVB World League. While Serbia and Russia were ousted by Cuba in Kaliningrad, with the 2010 World vice-champions topping the charts of Pool A with 23 points, Germany is the absolute leader in Pool D after the guys mentored by Vital Heynen swept all of their games this weekend in Guimaraes, Portugal. 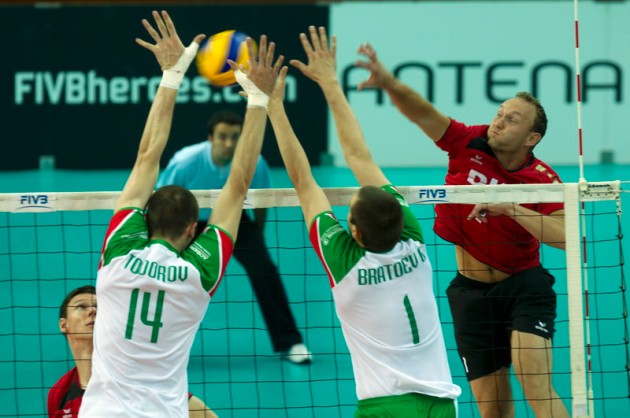 Germany started there by downing the hosts of Portugal in straight sets before besting Argentina and Bulgaria on Saturday and Sunday with the same score, i.e. a double 3:1. “It was a very close match but this result is extremely important since this is the first time we beat Bulgaria since the start of the World League” said Heynen. “We have made another step forward to the final round, we got really close to the finals but we are not qualified yet” he added.

France is currently ranked second in Pool C which is topped by the United States and Italy, that is playing with a B-team, returns back from Korea with two losses, having beaten in Gwangju only the hosts after a very close run that ended in a 3:2.

The prelims will be completed next week with the last round of Pool A, C and D taking place in Novi Sad, Dallas and Sofia whereby Germany will try to expand the European contingent for the finals with Poland and host Bulgaria being already sure to showcase their skills in the magnificent “Armeec Arena”.