Australia struggled until half of the match but then Italy has shown its strength and the first game in World League 2015 ended after four sets. 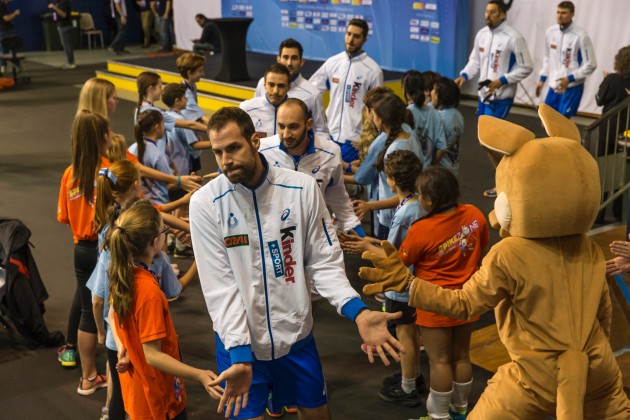 Match between Australia and Italy was quite tight from the beginning. Teams were motivated and played point by point. Italy took the lead at 8-6 and 16-14. Another great rally goes the way of Italy for 19-15.

Australia made many mistakes and now Italy led 21-16. Thomas Edgar was alone against the motivated guests, but Azzurri were simply superior. The first set finished 19-25 after service mistake of Thomas Ewen Douglas-Powell.

The second set started with 3-3. 5-5. 7-7. Italians playing great all round volleyball at the moment – blocks, spikes, digs and Filippo Lanza brought lead of 10-8. Edgar with two strong spikes equalized on 10-10. Australia won two more points in row for the lead of 12-10. Soon the scoreboard showed 14-14.

Italy has dominated in the third set. They were leading 6-2 and 16-12 when it was clear that they will win this period of game. Giulio Sabbi was good at the net but Lanza has ended this set 25-21 with powerful spike for lead over Australia 2-1.

The fourth and the last set in the match started with lead of Italy 8-4 at the first TTO. The team of Mauro Berruto also had 16-9 an 18-11 when the whole crowd was sad. Italy had 20-16 when Australia came close 21-17 but the Azzurri finished this set 25-20 and 3-1 in sets. Harrison Peacock serves into the net, and that’s the end of the match.

Glad that Giannelli is in the senior team. He’s just amazing even he’s only 18 years old 😀