Playing in front of their home crowd, USA thrilled the fans with a 25-12, 25-15, 25-18 victory over Japan on Wednesday evening to begin their FIVB World Grand Prix Finals. 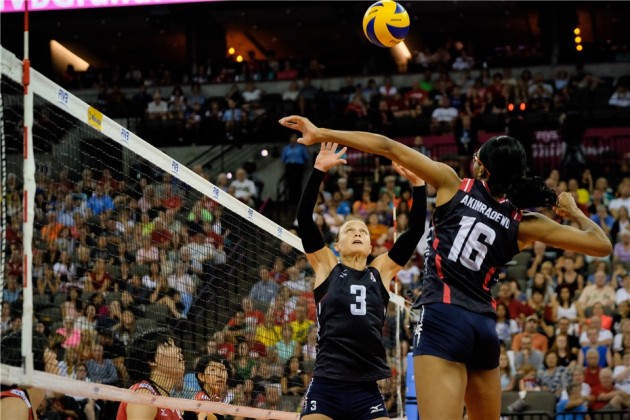 Karsta Lowe paced the American squad with 17 points via 14 kills on 21 swings and three blocks. Foluke Akinradewo added six attack winners on 11 swings and a team-high foru blocks for 10 points, which was matched by Kelsey Robinson with eight kills and two blocks.

Japan was led by Yuki Ishii and her seven points followed by Mami Uchiseto‘s six points off the bench. USA  out-blocked Japan 11-2 and both teams had three aces.

Don’t forget to vote for the BEST PLAYERS OF THE GRAND PRIX 2015!