The young girls of Belgium’s junior national team will try to book their ticket to the final round of the European Championship coming up later this summer in Ankara via the third-round qualifier that is scheduled for this weekend at EuroVolley Center in Vilvoorde and where two spots for making it to the capital city of Turkey will be at stake. 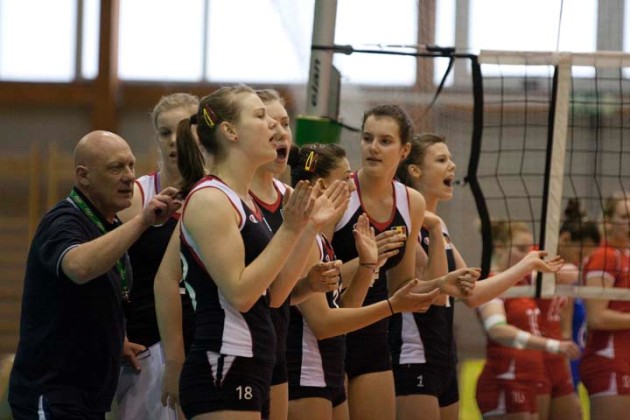 After finishing in third place the second qualification round held this past April in Nova Gorica the Belgians were assigned to Pool E and will be playing Romania, Austria and Germany from Friday through Sunday to try to finish first or second in the group thereby qualifying for the finals.
Head coach Julien Van de Vyver has a good reputation as he also mentored the previous generation that wrote history by claiming the youth European crown in Rotterdam back in 2009 as well as gold at the inaugural Youth Olympic Games in Singapore one year later. “However, you can’t win a tournament just via your good reputation” he says, “and you can’t compare this group with our golden girls from two years ago. Their attacks and blocks were extremely solid and strong, while this generation stands out more in defense and reception. It is important that you can smash the ball with great energy to finish it off but it is also vital that you can extend the rallies by catching it before it touches the flooring” he stresses.

Belgium got ready for this European qualifier by playing some friendly matches against China and Brazil. “The result of these games was not so important” he says as his girls lost twice to the silver medalists from last year’s Youth World Championship of China and claimed only one win out of four matches with Brazil. “We have seen that the players have been progressing and displayed more and more quality in their play, ending up by losing 30-32 in the fourth set to the Brazilians in our last match. I still think we can qualify for the final round because this group has evidently matured since this past April even though our Pool is very tough, with Romania and Germany having both finished second in their groups while Austria was the real sensation of the second round. This team has no major stars which means that we shall take up this challenge by playing good in defense, serving well and also by taking advantage of the support provided by our fans. Playing at home shall give us extra confidence so that we can fulfill our dream to compete in the final round” he points out.