ARG W: Argentina is already in Mexico for the women Pan – American Cup

The Women Pan-American Cup, the most important NORCECA annual competition will be played for second consecutive yera in two venues at Ciudad Juarez, July 12th - 20th. The Argentine Seniors' coached by Horacio Bastit will look forward to a new qualification for the 2013 Grand Prix. 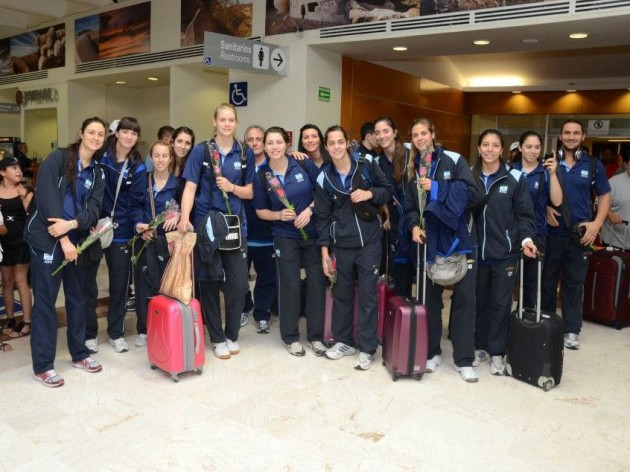 Twelve teams – eight from NORCECA and four from South America– are to play for six spots available to next year’s FIVB World Grand Prix. The top four teams from NORCECA and the top South America’s side other than Brazil, who are automatically qualified, get tickets to the 2013 FIVB competition.

Cuba top the historical list of gold medal winners with four, followed by Brazil (3), Dominican Republic (2) and United States (1). The Dominicans, who have finished on the podium in every edition, lead in total medals with 10.

The top two teams at the conclusion of the preliminary round will qualify directly to the semifinals while teams placed second and third in their respective pools will meet in crossover matches in the quarterfinals on July 18. The semifinals and medal matches will take place on July 19 and 20.

ARG M: Argentina has its 12 players roster for London 2012

ROAD TO RIO: These teams have qualified...