ARG M: Argentina has its 12 players roster for London 2012

The Argentine Seniors' Men Team has the 12 names that will participate at the London Olympic Games 1012 that will start next July 29th facing Australia. The coach of the team, Javier Weber gave this Wednesday the definitive and official roster that will travel to London to face the most important World competition. 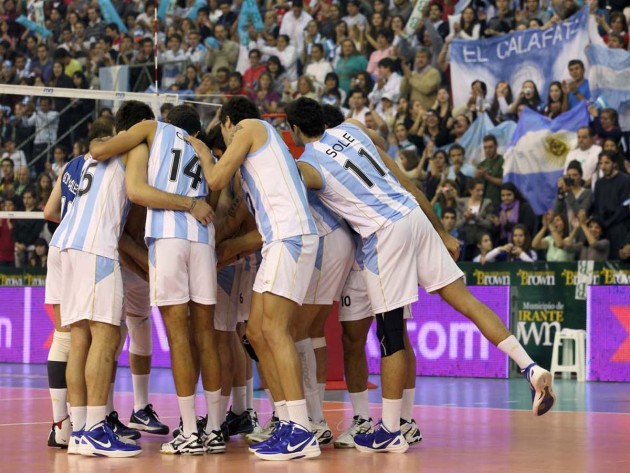 The light blue – white team at the FIVB World League 2012

Finally, the names that will put Argentina back at the Olympic Games are:

Just a few days before travelling to Europe, where they will participate of a friendly competition in their final training, the team goes on working hard at Cenard faciliities.

Argentina returns to the Olympic Games after being absent in the year 2008. It will be its 6th Olympic participation having won the Bronze Medal in its best performance in Seoul 1988 facing Brazil. In Sydney 2000 the team arrived to Semi-Finals facing Italy for the Bronze Medal finishing on the fourth place.

ITA M: Italy-Serbia benefit to those affected by the earthquake

ARG W: Argentina is already in Mexico for the women Pan – American Cup