The final men’s and women’s 12-player rosters for the London 2012 Olympic Games have been announced, with just 10 days to go until the opening ceremony. 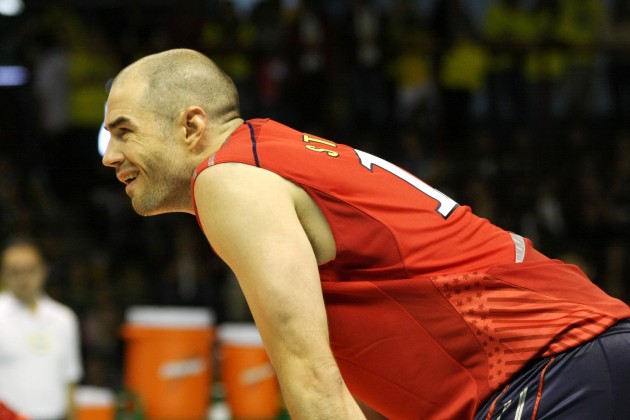 The previous list of 20 athletes for each squad has now been whittled down across the board, leaving a total of 288 players across both genders.

Defending women’s champions Brazil travel to the game on the back of a third silver medal in the FIVB Volleyball World Grand Prix, losing to USA for the third time running, the same team they beat in the 2008 Beijing Olympic Games final. They will travel to London without Marianne Steinbrecher who is injured as well as Fabiola, who failed to make the cut.

USA will want revenge for that loss in China four years ago, and bring a strong team with them, led by Lindsey Berg with 2012 World Grand Prix MVP Destinee Hooker. They will fancy their chances at gold after impressing over the last few years.

Russia lead the European charge with 2010 FIVB Volleyball Women’s World Championship MVP Ekaterina Gamova keen to make an impact at the Games. The biggest story, however, is the inclusion of Evgenia Estes Artamonova, who returns for a record sixth Olympic Games. The 36-year-old has never won gold at an Olympic Games, instead coming away with silver in Barcelona 1992, Sydney 2000 and Athens 2004 so will be desperate to rectify that.

Italy will also feel confident after their efforts in last year’s FIVB Volleyball Women’s World Cup saw them successfully defend their crown. However, coach Massimo Barbolini has opted for youngster Lucia Bosetti instead of Serena Ortolani as they look to win their first ever women’s volleyball medal.

Wang Yimei and captain Qiuyue Wei will lead the charge for 2008 bronze medallists China. The Asian outfit featured in last year’s World Cup, also winning bronze, and have always been considered contenders for a podium place.

Dark horses Turkey will also fancy their chances. They have come from almost no-where to rustle the feathers of the established teams, picking up a sensation bronze medal at their first World Grand Prix Finals in July. Could they turn the form book on its head in London?

For hosts Great Britain there is just one surprise, with youngster Savanah Leaf drafted in having only joined up with the squad in April. She has played just five matches with the team.

The US men will want to maintain the momentum that carried them to 2012 FIVB Volleyball World League silver earlier in the year as they look to mount a successful defence of their Olympic title. Clayton Stanley returns as captain as the team looks to repeat the back-to-back gold medals the country won at the 1984 and 1988 Olympics.

But there is a spate of challengers from all corners of the globe this year.

World No.1 side Brazil lead the charge. The likes of Bruno, Murilo and captain Giba will still feel the pain of losing out to the Americans in the gold medal match four years ago. A run of injuries has disrupted coach Bernardo “Bernardinho” Rezende’s preparations for London, but with a delicate balance of youth and experience, they could prove dangerous. Wallace de Souza’s inclusion at the expense of Theo is a reflection of the former’s performance during this year’s World League.

Russia have won bronze on their last two outings at the Games and have medalled at every event since 2000. Their win in the 2011 World League proved they are still very much in the higher echelons of volleyball, although their absence from the 2011 World Cup and a dismal eighth place finish in the 2012 World League – their worst ever ranking – could have stunted their preparations. However, in Maxim Mikhaylov they have game changer many teams envy.

Poland have had a stunning run of performances in recent years, culminating in their first ever World League gold medal in July. With the talismanic pair of Zbigniew Bartman and Bartosz Kurek in their ranks, they could yet mount a challenge which could usurp the traditional powers.

Bulgaria and Serbia could also spring a surprise, although the former will have to do it without captain matey Kaziskiy who has been omitted.

NORCECA W: Brazil – Mexico – in the words of actors