NORCECA W: Brazil – Mexico – in the words of actors

“We didn’t have a good start but then we focused better and got the victory,” Brazil’s Farinea said. “I am very happy to reach the semifinals and now we have to prepare for the next phase.” 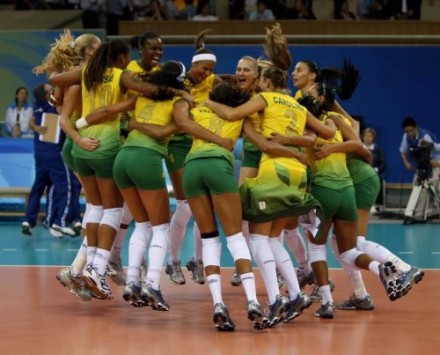 “Our team is playing better but still lack the concentration”, Mexico’s Karla Sainz said. “That’s an area where we need to continue working.”

“It is good for our young players to achieve the first goal of reaching the semifinals”, Brazil’s Claudio Pinheiro said. “It is important for their growth and now we have to prepare for a tough semifinal match no matter the opponent.”

“The match today was marked by the hierarchy of a team over the other”, Mexico’s coach Etanislao Vachino said. “We did what they allowed us to do when they became a little over confident.”