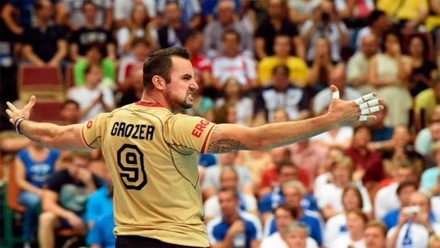 It seems that Belogorie have found Gyorgy Grozer a new club as they said in the official statement. After he the club said that he can leave the club and play in some other club, Grozer signed for the Korean club Samsung Bluefangs.

For the Korean website he said that he will join the team when he finish the European Championship. He is still active player of the German National team.

On the other hand Leonardo Leyva Martinez who played for Samsung in the last three seasons terminated his contract with the club.

ECH W: Jelena Nikolić – “We can call this a mental victory”