BUL M: Sokolov has green light from doctor to play with full intensity!

Tsvetan Sokolov is fully recovered from shoulder surgery that he underwent in May, and is ready to play with full intensity. 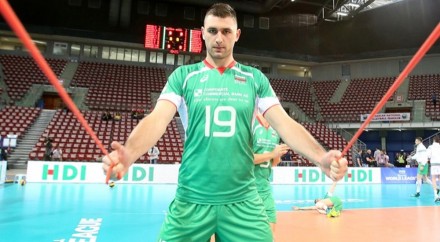 The good news for Bulgarian fans came from Italy, where the opposite hitter of Bulgaria’s national team and Halkbank Ankara (Turkey) had an important appointment with a doctor. He has given a definite opinion that Sokolov can play and freely attack and serve with the right arm where the injury occured.

Because of his injury and subsequent operation, one of the most important players in the Bulgarian national team missed the whole summer, which included the FIVB World League and the European Championship at home soil.

Recently, he occasionally appeared on the court for his team Halkbank and even scored three points in the defeat of the Turkish side against Russian Zenit Kazan in the CEV Champions League.

Sokolov will join the camp of the national team early next week and it’s on head coach Plamen Konstantinov to assess whether opposite could be useful for the Olympic qualifications in Berlin from January 5 to 10, in Berlin (Germany).

ZIM: Mapondera – “We are travelling to...