Volleyball Federation of Kazakhstan has announced the appointment of the new head coach of the Women’s National Team. 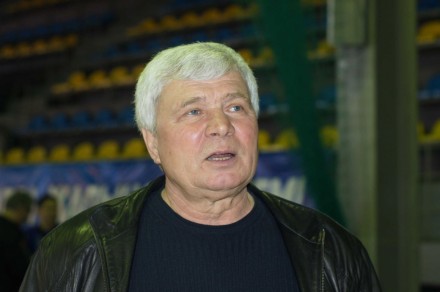 Domestic expert Vyacheslav Shapran will be at the helm of the Kazakh NT for the second time in his career.

This year Kazakhstan will have rich international calendar. The most important tournament is scheduled for May, when they will go to Japan to participate at the World Qualifications for the Olympic Games in Rio de Janeiro.

As a player, Shapran was the runner-up (1968) and champion of former Soviet Union (1969) with Burevestnik Alma-Ata and became a two-time winner of the CEV Champions League (former Cup of European Champions) in 1970 and 1971.

Under the leadership of Shapran, Rakhat became a five-time champions and Cup winners in Kazakhstan as well as winners of the Asian Club Championships. He led Kazakhstan’s NT to the 2006 World Championship in Japan and silver medal at the 2005 Asian Championship.

Don’t be surprised, female players can perform back heel setting, too! (VIDEO)