CZE W: Agel PROSTEJOV opts for group of young players for long-term development of the team

Czech champion Agel PROSTEJOV has already started its preparations for the 2012/2013 season where the players mentored by head coach Miloslav Cada will be joining once again the CEV Volleyball Champions League. 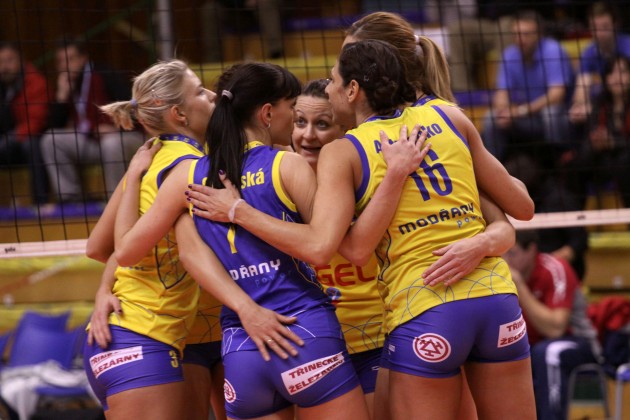 “We have changed the corporate philosophy of our club and decided to work primarily with young, talented players with the intention to build a solid team by adopting a long-term perspective” says the chairman of the Board, Mr. Petr Chytil. “Two experienced players, who are 30 or older, have remained with the team, but the average of the group has dropped down to 25.7”.

“Even though the group is very young, we still have decided to participate in the next edition of the Champions League. The DOL has been very cruel with us, even more than in the past seasons. We have to stand the competition contributed by some of the strongest sides in Europe and even though we will be always fighting for the best, every set and point we take from the competition will be a real success” stresses Cada. “We have to be realistic and say that our chances to make it to the Playoffs 12 are minimal this year. However, if this happens, that would be fabulous. If we can finish third in the group and be moved to the CEV Volleyball Cup, this would be fine as well” adds Mr. Chytil. “After all, it is sport and some surprises can always occur”.

The other main goal of Agel PROSTEJOV is to prolong its supremacy in the domestic arena. “I think that even with this young group we can claim the national league, national cup and the Czecho-Slovak cup. Our players may be not well-known to the international audience but they will be fighting with ferocity and determination. They are all very talented and they have a great opportunity to show off their value and skills while playing for our team” concludes Cada.

Referee fell from his chair! (VIDEO)