OG W: Japan edge China in five-set stunner to make it to Olympic semis after 24 years 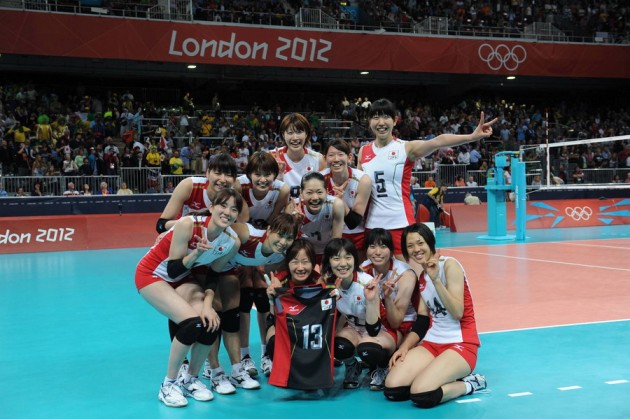 Japan were actually close to finish it off in the fourth set but eventually could not capitalize on their lead there while China missed out on two match balls in the tie-break. This is a very special moment for Team Japan that come back to the semis at the Olympics after 24 years, the last top four finish dating back to the 1988 Olympics in Seoul.

Additionally, Japan scored their first win over China in 11 years as far as FIVB competitions are concerned, even though the group currently mentored by Masayoshi Manabe had edged their Asian archrivals four times in the past few years, but exclusively in invitational tournaments or in friendly matches. Hui Ruoqi and Wang Yimei paced China’s offense with 26 and 22 points but Japan stayed cool to fire up the celebrations of their many fans in the stands. The result is really significant especially since Japan had claimed, up to today, only 6 out of 45 official international matches with China. In the semis coming up on Thursday Japan will play the winner of the 1/4 final starring 2010 world champions Russia and 2008 Olympic gold medallists Brazil.

The match was a fascinating clash of styles, with the raw power of China facing the smaller and well coordinated Japanese. In the first set, the Chinese spiked well through Zhang Lei, Wang Yimei, Hui Ruoqi and Yang Junjing, while Japan relied heavily on the superb Saori Kimura. They traded blows evenly and saved two set points each, before Kimura spiked a winner to give Japan the set 28-26.
The second set was a spiking contest between Wang and Kimura, aided by top setters Yoshie Takeshita and Wei Qiuyue. The set stayed very even, but this time China just got ahead and won the set 25-23.

More of the same followed in set three. Yukiko Ebata scored a sequence of great spikes as Hui and Wang hit kills for China. But as the score levelled on 20-20, Japan held their nerve, and Kimura grounded a thrilling winner to take the set 25-23.
The relentless point-trading continued in set four. Hui and Wang hit winners for China, while Kimura and Ebata did the same for Japan. Again the score got to 20-20, but China were more aggressive and took the set 25-23.

The fifth and final set was predictably tight. Wang and Kimura again dominated as it went to 11-11. Ebata then struck three times to give Japan a match point that China saved. Japan then saved two match points before taking the set 18-16, and the match 3-2.

OG M: Daniel Castellani says US programme is what sets them apart