Six teams will compete in the inaugural U23 Pan American Men’s Volleyball Cup in British Colombia, Canada from September 25 to 30, 2012. 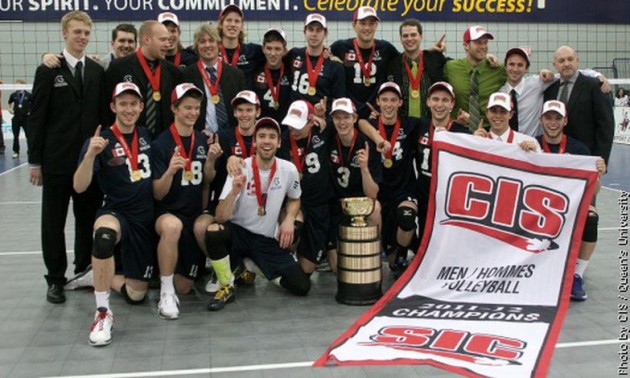 The lineup will include Brazil, Argentina, Venezuela, Mexico, the Dominican Republic and Canada – some of the very best volleyball-playing countries in the Americas.

“The level of competition fans will see at this event is second to none,” said Langley Events Centre Director of Business Development Jared Harman. “The volleyball community is going to see the best the sport has to offer at the U23 level.”

Canada, whose senior team is currently No. 16 in the FIVB rankings, will be represented by the two-time reigning CIS National Champion Trinity Western University men’s volleyball team. Trinity Western also represented Canada last Autumn at the 2011 FIVB Volleyball Men’s Club World Championship in Doha, Qatar, but this time the Spartans will have the chance to play both on home soil and against athletes of a similar age.

“As a group, to have every guy getting the chance to represent your country at home and in front of friends and fans is an opportunity that’s a blessing for sure,” said Spartans‘ coach Ben Josephson. “I think this will show us where we’re at based on our own age. We get to play against guys who are roughly the same age from other countries who might be more skilled and maybe even a little bit bigger and more physical. I think it’ll be interesting to see how they can relax and stay focused in that scenario. They really can beat these teams so it will be interesting to see how they react.”

The U23 Pan American Cup is a new competition created jointly by NORCECA and CSV. It will feature the top teams from these zones. The event has been developed to provide an additional competitive opportunity for developing national team players who may be on the cusp of making their first appearances with their respective country’s senior level national teams. Athletes must be born in 1990 or later to be eligible to compete.