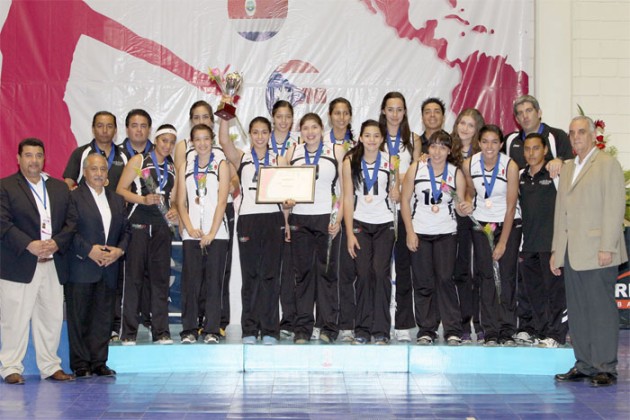 Fernanda Guitron had a match high of 18 points; Jocelyn Urias scored 17 and Fernanda Bañuelos 13, while Melissa Romero and Diana Valdez scored 12 apiece on the Mexican side.

Bañuelos and Romero registered four aces apiece, while Urias who had struggled against Dominican Republic in the semifinal, was also the leading blocker with six points converted.

For Puerto Rico, Genesis Miranda was the leading scorer with 19 points, followed by Jocelyn Kuilan with 18 and Julymar Otero with 17.  “Mexico played at a very good level, we also did it in a great match unfortunatelly we fell short”, said Puerto Rican captain Wilmarie Rivera.

“It was not easy, but I am so proud of my team and my teammates, we sacrified a lot of things for this tournament. We showed attitude and heart on the court”, Mexican captain Ivonne Martinez stated.

For Puerto Rico’s coach, Victor Vázquez “Mexico had a stabilized game and we had some problems to close the points that were key in this match and Mexico took advantage of it”, he said.

“I am glad to achieve this goal, we qualified to the World Championship” said Mexico’s coach Estanislao Vachino. “I didn’t want a five sets match, but we had to play it with some ups and downs. It was very balanced anybody could win but fortunatelly the luck was on our side and was decided by a loose ball”.

Mexico became the third team to qualify to the FIVB World Championship in this category. The championship will be played in Thailand in 2013. The other two teams already qualified are Dominican Republic and USA, that played for the gold medal.

Belgium: Noliko MAASEIK back on track after...