Jose Roberto Guimares, aka Ze Roberto was already a legendary figure in volleyball after he became the first coach to guide both a women’s and men’s side to Olympic gold when the Brazil women’s team won gold at the Beijing 2008 Olympic Games. 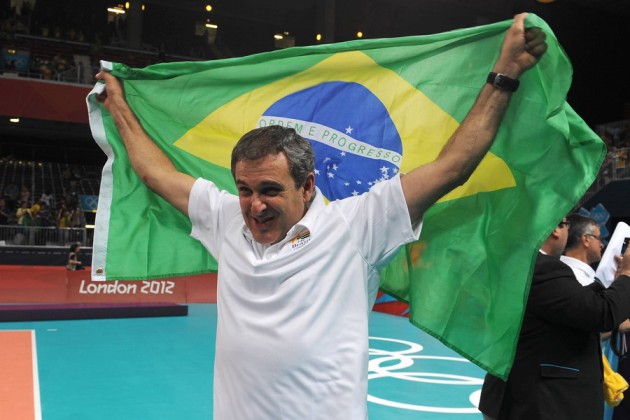 He had previously guided Brazil’s men to gold at Barcelona 1992 and now he has written a new chapter after he led Brazil to a successful defence of their gold medal at the London 2012 Olympic Games when the South Americans defeated the USA 3-1 at Earls Court on Saturday.

“I would say he’s a great coach,” setter Fernanda Ferreira said. “No coach has done what he has, both with men and women. His achievements speak for themselves.”

The Brazilians got off to an inauspicious start when the US ran away to claim the opening set with a 25-11 win. They recovered their familiar poise though to hit back in the next three in convincing style.

It is Brazil’s fourth women’s Olympic volleyball medal. It is also their gold and 15th medal of London 2012.

“I think in the first set we were in too much of a rush and just wanted to win the gold medal as quickly as possible,” Fernanda said. “We then calmed down and we were able to show what we can do.”

“The first set was a disaster,” Fabiana Oliviera added. “We are a comeback team so it wasn’t hard for us to get going and we reacted well as a team and didn’t panic. We knew we could come back and we did”.

“Early in the fourth set, you could see on the faces of the Americans that there were under a lot of pressure and starting to crack for sure. That’s when I knew we had it.”

Fernanda was part of the Brazil team that won the World Grand Prix in 2009 and then won silver earlier in 2012. She plays for Igtisadchi Baku in Azerbaijan and the Olympic gold medal is the culmination of her efforts in the sport that she first played aged eight after her parents had encouraged her to try it out.

“I didn’t even think about this in my wildest dreams,” she said. “All the sacrifice I’ve made just to dream of being here. Now I have a gold medal.”