Puerto Rico started the 2012 NORCECA Men’s Junior Continental Championship with a 27-25, 25-13, 25-23 victory over a spirited Curacao on Monday afternoon at the U.S. Olympic Training Center in Colorado Springs, Colorado. 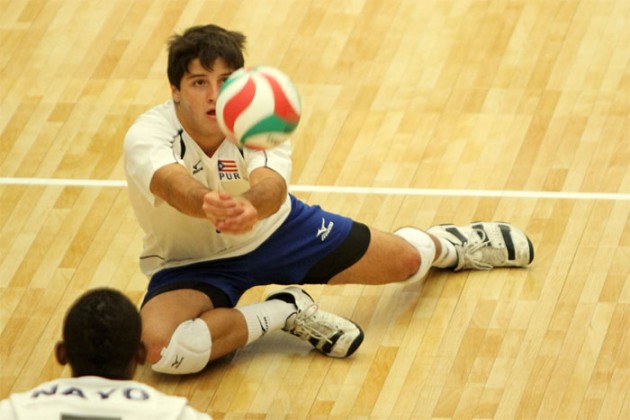 Puerto Rico saved two set points in the opening set to win 27-25. Puerto Rico gained steam midway through the second set to claim a 25-13 victory to go up 2-0. Curacao rallied from a four-point deficit in the third set to take a 17-16 advantage, but Puerto Rico bounced back with five unanswered points for a 21-17 lead. Puerto Rico held on for a 25-23 victory after Curacao closed to 23-22.

Puerto Rico resumes Pool B action on Tuesday against Guatemala at 15:00, while Curacao looks to get in the win column versus Canada at 11:00.

“First congratulations to Curacao for a well-played match”, Puerto Rico head coach Ramon Hernandez said. “I’m happy for the victory, but we have to get better as the tournament goes along. Against the tougher teams we have to have fewer mistakes.”

“I think we are happy with the result”, Rivera said. “We need to work on minimizing our errors. Curacao has upped their level than in the past and we had some troubles with them today.”

“We played good today against Puerto Rico”, Curacao captain Raynold Marchena said. “The level of the Curacao team was high today. The goal now is to not lose again in pool play, and if that is possible we can classify higher.”

“This is our first time at NORCECA”, Curacao head coach Paulina Gilbert said. “Puerto Rico is a good team. My team can play at a better level as this was the guys’ first game. Now we can play better for a higher classification.”