United States notched 13 blocks in a 25-18, 25-18, 25-20 victory over Mexico to win Pool A of the NORCECA Men’s Junior Continental Championship on Wednesday afternoon at the U.S. Olympic Training Center in Colorado Springs, Colo. 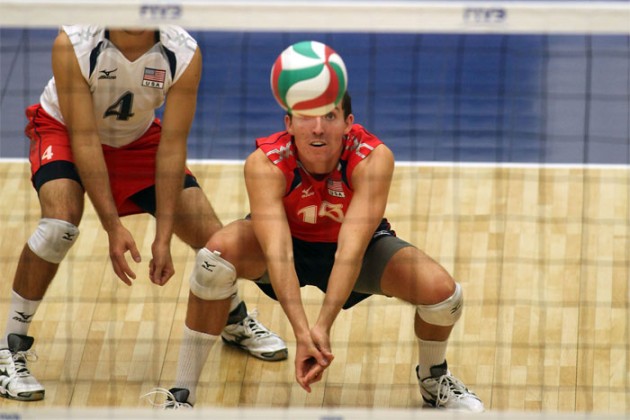 By winning the pool, United States (3-0) advances directly to Friday’s semifinal round and Mexico (2-1) will challenge Pool B’s third-place team, Guatemala, in a quarterfinal match on Thursday at 17:30.

The United States was led by Benjamin Patch with 14 points, while Douglas White added 12 points.

The United States possessed a 13-1 block advantage in the match and produced a 41-29 attack point margin. The USA, which converted 47.7 percent of its attacks, overcame 25 errors in the match.

The United States led 12-5 midway through the opening set and held firm for a 25-18, using five blocks and benefiting from nine Mexico errors. In a close second set, USA scored three unanswered points to break open to an 18-13 lead and finished the set at 25-18 on a block. The U.S. used a 7-1 scoring run to grab an 8-3 advantage in the third set. Mexico closed to 15-12, but not get any closer with the USA winning 25-20.

“Congratulations to Mexico for a hard fought match,” United States captain Micah Christenson said. “Going into the match we knew Mexico would be a crafty opponent. For the semifinals, we will prepare the same way by focusing on us first and working on the scouting report.”

“I thought it was a well-played match by both teams,” United States head coach Peter Hanson said. “Mexico did some things tonight that we had not seen other opponents do. They run a diverse offense with combinations. We were able to settle into the match and have patience on our side of the net. Mexico played with lots of energy and it was a fun match.”

“We couldn’t control the great service of the USA team, so we could not make all our combination plays” Mexico head coach Justo Arias said. “We need to practice more on our block as USA hit very high.”

“Congratulations to USA,” Mexico captain Jonathan Ponce said. “It was a great match. USA is taller than us and we wanted to use our combinations to get more points. We gave all we had on the court. This morning we talked about how this would be like a final for us. We hope to face USA later.”