After a disappointing run in Olympic qualifications, which left the team out of the running, Iran immediately began preparations for the World League 2013 qualifications - starting with a trip to Russia and then entry to the Wagner cup in Poland where the team played against Germany, Poland and Argentina. 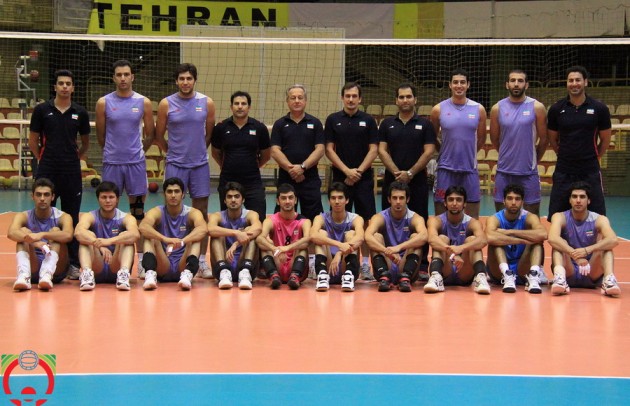 The first hurdle on the road to World League 2013 will be beating the Egyptian team at their home arena, in front of devoted fans in Cairo. If they win Iran will be able to come home for two matches against Japan, where they can count on support from the stands in their 20,000-seat stadium to give them a boost.

Egypt is placed just ahead of Iran in the FIVB Senior World Ranking, but this year the Iranians have shown that they can succeed against higher ranked teams such as Croatia, Poland and Argentina.

“Tolerating the disappointment of not making it to the Olympic Games was not easy,” said Velasco. “Going to the Olympics is the desire, vision and aim for any sportsman. When this desire went unfulfilled, naturally it had negative effect on the players. But now we have another goal, and that is reaching the World League. My players understand this and they are staying positive. It does not mean they have forgotten the Olympics, but they are thinking about the future. We have played against tougher opponents than Egypt.”

But Velasco equally acknowledges that his team can’t take Egypt lightly: “The Egyptian team has an intangible quality – even when they’re in a poor situation, their players do not give up their spirit and they play like champions. It is true that there was political change in their country, but we should not forget that we are now playing against a new Egyptian team. Those players are stepping onto the court to show everyone the new Egypt. Also, Egypt are a naturally good team. They play good volleyball, and we will have to be even better to win against them.”

Iran will need two wins against Egypt to confirm their place in the second round of the World League 2013 qualification process, in which case they would face Japan in Tehran for a spot in the final 16.

Round one of Playoff two is ready to start in Cairo, Egypt, on August 31 and September 2.

Iran‘s final preparation before the tournament was a training camp and friendly matches with several teams in Maribor, Slovenia. They then flew straight from Vienna to Cairo. These preparation and friendly games encouraged the team. Playing away from home against European teams was an important test, and under leadership of coach Julio Velasco the Iranian squad has gained a solid rhythm.

The Iranian team hold the championship title of Asia, have been to the World Cup twice and gone to the world championships four times. But they have yet to make either the Olympic Games or the World League, and are eager to debut in both of those events. It is hoped that coaching legend Julio Velasco will be the one to guide the team to their first World League qualification.

In Slovenia the team played six friendly matches versus Portugal, Croatia, Slovenia and Norway and came away with one loss and five wins.