Today, WorldofVolley is presenting you the oldest volleyball players in men’s category who will participate at the Olympic Games in Rio. 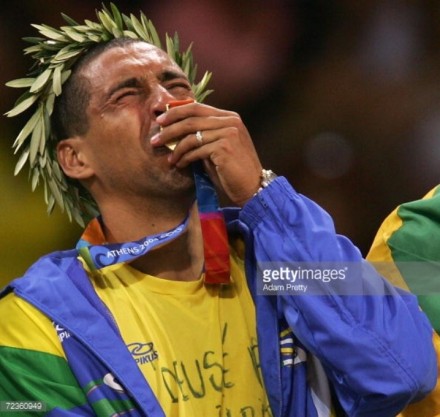 Six players were born in seventies… one player has 41 years while two have 40, One has 38, one 37 and one 36 at the moment. But, let’s start from the beginning

Egypt and Abouelhassan Ashraf, never won the medal at OG, two times they were 11th.  For him, this will be the third appearance in the Games.

Sergey Tetyukhin participated on five Olympic Games and he is the only volleyball player in the world with four Olympic medals (two bronzes Athens and Beijing, one silver Sydney and gold from London).

On the other side Sergio was Olympic champion with Brazil in 2004 Athens and achieved the silver medal in Beijing 2008 and London 2012. This will be Sergio’s fourth appearance at OG.

William Reid Priddy came to the USA National team in 1999 and the following year took part in the 2000 Olympic Games in Sydney where they were 11th. In the next edition in Athens USA took 4th place while in Beijing 2008 they won the gold medal. From today’s team he and David Lee were the winners of that medal. Four years later in London USA were 5th.

Although they are among the oldest in their teams, for William Peixoto Arjona and Daniele Sottile (oldest in Italy) this will be their first appearance at the Olympic Games.

IND W: Serbian opposite in Indonesia