CUB M: Girl who accused Cuban players for rape was a sex worker?

As Italian “La Gazzetta Dello Sport” revealed, there is possibly a new development in the story involving six Cuba National Team players that were arrested in Tampere, Finland in the beginning of July. 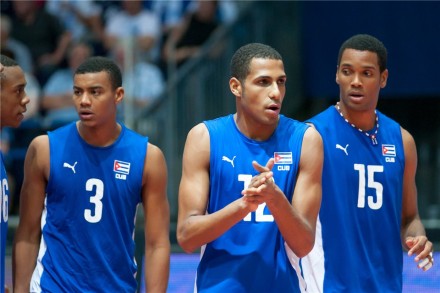 On the night before the 2016 FIVB World League game against the hosts, they were arrested and held in prison with the heavy charges of rape. It turns out, and was confirmed by video surveillance in the hotel room, the girl in question was a sex worker who accompanied one of the Cuban players, who made an initial relationship with the girl, in the room.

According to “La Gazzetta Dello Sport”, later he called his teammates to the room and, since none of them did not have money to pay for the service of a sex worker, the problem came up when she demanded them to pay her. The result was a discussion and allegedly a fight. Since the girl could not get her money, she has filed the complaint for sexual abuse.

Currently six Cuban players await trial and judgment in Tampere and lost there chance to participate in the 2016 Olympic Games in Rio.

ITA M: Problem for Perugia – Atanasijević will have to undergo surgery!

RIO 2016 M: Last-minute cut – Velasco puts opposite instead of libero

How is possible to rape prostitute?

How fucking stupid are you?

@Stupid They didn’t give her money and because of that she accused them of rape? Money – ok, no money – rape? Feminism rules I see. She could choose different job, now crying after the fact.

Sex MUST be consensual , consent is given with conditions in this case money , if you don’t comply with those , it’s a sexual assault. Would you arrest an employer who doesn’t pay his workers? They did accept to do the work after all.
Same thing , they hired that woman to do a job , she wouldn’t have sex with them unless they pay her, they didn’t hencethey sexed her against her conditions.

Also Sexual abuse is different from rape , you can even abuse a consenting woman for example if she agree to have sex condom only but the man didn’t use it or removed it in the process and finishes inside.

there was no agreement to this, it’s sexual abuse even if she agreed to have sex with him , not a rape though.