AVC M: Iran stretch their invincibility to three in a row 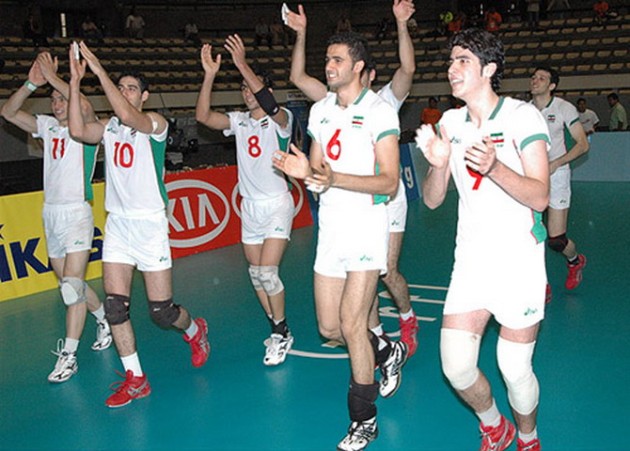 Iran, defending two-time champions and current Asian winners, fielded their B team in this top-flight tournament with high hopes of giving their young talents to gain experience and exposure in international competitions.

Australia also did likewise by fielding their national junior side in a long-term preparation for the 2016 Rio de Janeiro Olympic Games. Among them are powerful Smith Luke, Wiliams Lincoln and setter Sukochev Grigory, all of them experienced the recent London Games.

Against the Aussies, Iran played well up to their standard. Soleymani Mahammadreza uncorked a barrage of aggressive spikes to help his team take the comfortable first set 25-18.

Going down one set, the young Australians, three of them are 17 years of age, counter-attacked well in the second set. They took the offensive combination from solid blocks by Sukochev Grigory and Graham Beau and Smith Luke’s explosive attacks to pull off a stunning 26-24 win over the mighty Iran.

The strongly-built Iran recovered from the erratic second set to bounce back heavily in the third set. Soleymani Mahammadreza made much of the impact when he penetrated the rivals’ defence with his exceptional spikes which always kept the Aussies flat-footed for several times. As expected, Iran bagged the set 25-18.

Iran continued their unbeaten run in the fourth set, which turned a lop-sided battle to easily wrap up the set 25-16 and the match.

Soleymani Mahammadreza led Iran in every skill with a total scores of 25 points consisting of 19 kills and three each in blocking and serving. Smith Luck topscored 13 points for Autralia.

After three matches in the preliminaries, Iran top Pool B with straight three victories, while Aussies lost them all to finish fourth in the pool.

Want to be the next to win a great game shirt?