"The host of the Women's Club World volleyball championship 2017 is Hisamitsu Springs and competition will be held in Kobe," reports FIVB! 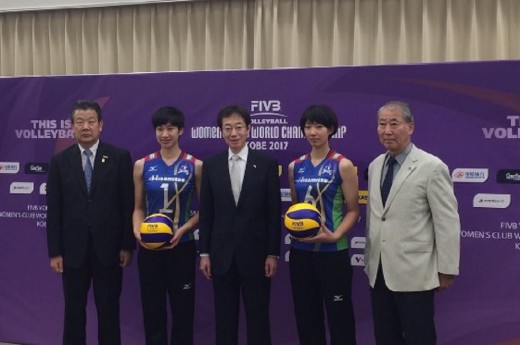 “I look forward to seeing the Women’s Club World Championship take place in Japan for the first time. Japan has hosted many great volleyball events in the past and next year’s Women’s Club World Championship will be another FIVB event which is sure to be popular with fans in Japan who will get a chance to see the best club teams and players in the world,” says FIVB president Ary Graca.

Two teams that will play at this prestigious tournament are well known: Hisamitsu Springs and NEC Red Rockets. There are also spots for the CEV Champions League 2017 winner and CSV South American Club World Champions 2017, as well as the four wild cards.

“I believe that the development of club volleyball is necessary to improve the level of the national teams too. Therefore I hope a lot of Japanese volleyball players will get inspired and motivated by the experience of hosting this great tournament in our country,” says JVA presidents Kenji Kimura.

The eleventh edition of the women’s Club world championship will be historic for Japan as they going to organize this event for the first time in their country. Also, first time there will be two Japanese teams…

RUS W: Gamova – “I was not able to move on after losing Olympic finals”

Do not try this at home… (VIDEO)