The FIVB Women's Club World Championship 2016 might actually be the strongest of all previous editions of this competition, as there will be many excellent volleyball teams ready to attack the trophy. 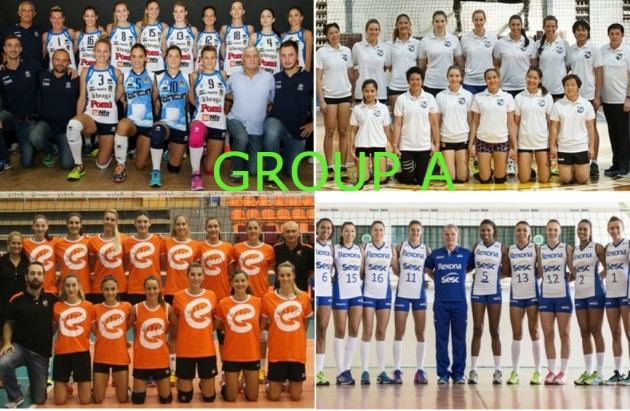 Today, we are presenting you the teams from Group A.

PSL-F2 Logistics Manila: The hosts! The full name of this team is Philippine Superleague All-Stars, as they gathered the best players in the land to play under the same flag.

The Turkish powerhouse created a fierce roster for the 2016/17 season, with world-class player on every position. Thaisa Daher, Tatiana Kosheleva, Maja Ognjenović, Тijana Bošković, Jordan Larson, Rachel Adams… The starting lineup of Eczacibasi VitrA looks like the All-Star Team of the World.

Also, they are now under the command of head coach Massimo Barbolini, who won the 2015/16 CEV Champions League with Pomi Cassalmaggiore.

Put all of that together and you get a group of people who are coming to Manila to prove they are the best team on the planet.

Pomi Casalmaggiore: The reigning European champions! Pomi Casalmaggiore shocked the volleyball world in the previous season when they outplayed European powerhouses such are Dinamo Kazan and VakifBank Istanbul and claimed the title in the 2016/17 CEV Champions League.

Italian squad changed head coach over the summer. Instead of Massimo Barbollini who went to Eczacibasi VitrA, the team is now coached by Giovani Caprara, The most important thing is that the team roster is almost the same as in the previous year. The only major change is departure of Piccinini and the arrival of Lucia Bosetti.

Rexona-Sesc Rio: The reigning champions of South America. Rexona have been the best team in Brazil for years. They won 9 domestic titles in the previous 11 years, including the last 4 championships. On top of that, Rexona are being coached by one of the best volleyball experts on the planet – Bernardo Rezende.

As far as roster is concerned, the team practically remained the same with just one major change. Natalia Pereira went to Fenerbahce, while Rexona signed Dutch star Anne Buijs.

Rexona have never won the FIVB Women’s Club World Championship, although they played in the finals in 2013. Can they reach the glory this year?

ARG M: WHAT A SAVE! Thomas Edgar falls over advertising panel to dig (VIDEO)