CL M: Santucci – “This is the most important club competition worldwide”

Two players from Argentina are trying Facundo Santucci and Nicolas Bruno are convinced that Noliko can play important role in Pool with Zaksa, Dinamo Moscow and Istanbul BBSK. 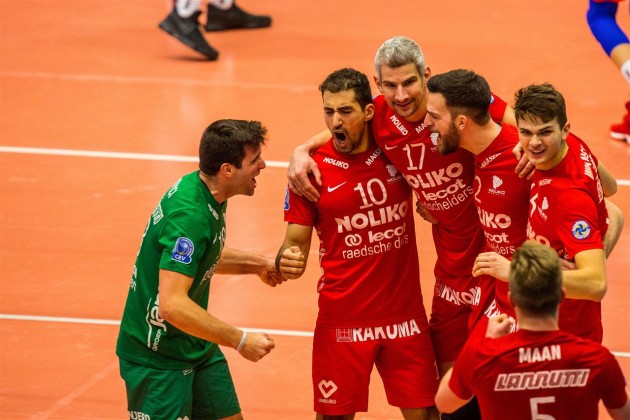 “We just needed a couple of extra points in order to force a better result against Dinamo and Zaksa. Against ISTANBUL BBSK, we want to reward ourselves,” says Bruno.

“After three years with the Spacer’s Toulouse in France, I’m glad to have taken this extra step. Even in Argentina, Noliko Maaseik is known as a long-standing European top team. Their ambitions are higher than those we had in Toulouse: we want to win every game in the Belgian national league,” Santucci explains.

“This is my debut in the Champions League, in my opinion the most important club competition worldwide, since the South American club champions only play a one-week tournament to crown the best team in their continent,” adds Santucci.

GRE M: Serbian opposite to replace Gomez in PAOK?