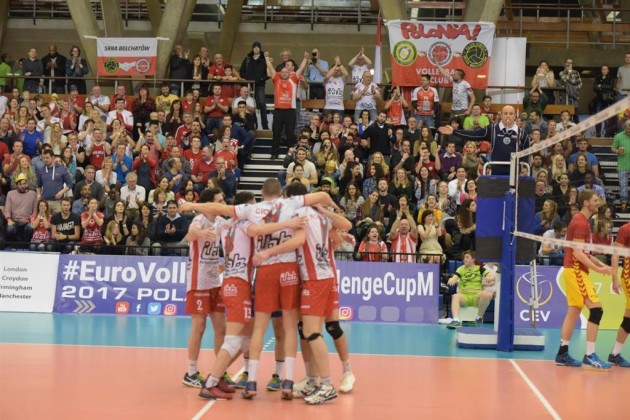 “I have nothing negative to say about any of my players, we won the match, but the team from the Netherlands showed a very professional side to the game. We were not able to stop their opposite hitter despite trying a variety of strategies during the five sets. It was just like looking at Marius Ciortea playing his best against us. The atmosphere was unbelievable and the difference between winning and losing was a handful of points. We were close to making it through to the next round, but the opposition who train three times as much as we are able to, deserved the aggregate victory today. I wish them the best of luck in the next round,” says the head coach of IBB Polonia LONDON, Piotr Graban.