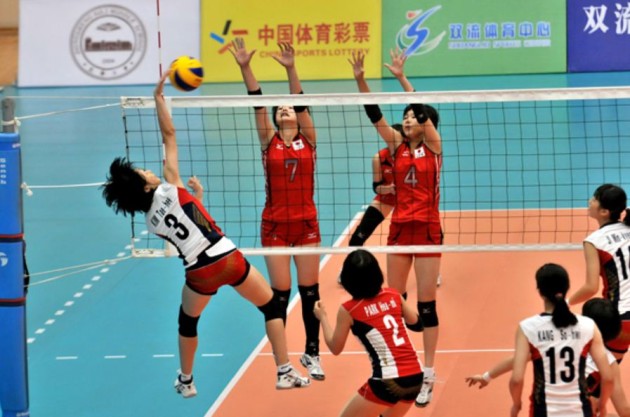 During Monday’s match in Pool F, Japan moved out 6-0 with their solid defence in the first set, by effectively anticipating the opposing team’s attacks. Korea tried to use speed against speed, to level with Japan’s usual pace. But the Japanese hitters wielded stronger and more precise spikes from both flanks. Nanaka Sakamoto calculated her attacks from the right flank, while Sarina Koga worked her attacks from the left side.

Service errors hounded both sides at set two. But Japan managed to emerge from their service misfires with their consistent attacks from the wing. Misaki Shirai operated from the right. Koga remained unstoppable from the left side while varying her plays with several back-row attacks. And while Korea was quick in their rhythm, they could not sustain long rallies and connect with the same successful attacks as their rivals. They wore out on lengthy exchanges and had communication lapses on reception.

Korea’s fate worsened in the third set when Lee Yelim sustained an injury. To turn things over, they needed to tighten their blocking stance in order to prevent the Japanese hitters from gaining point after point. However, they were not able to find the solution in containing Japan’s scoring machinations.

Koga scored the most points at 21 with her unstoppable attacks.